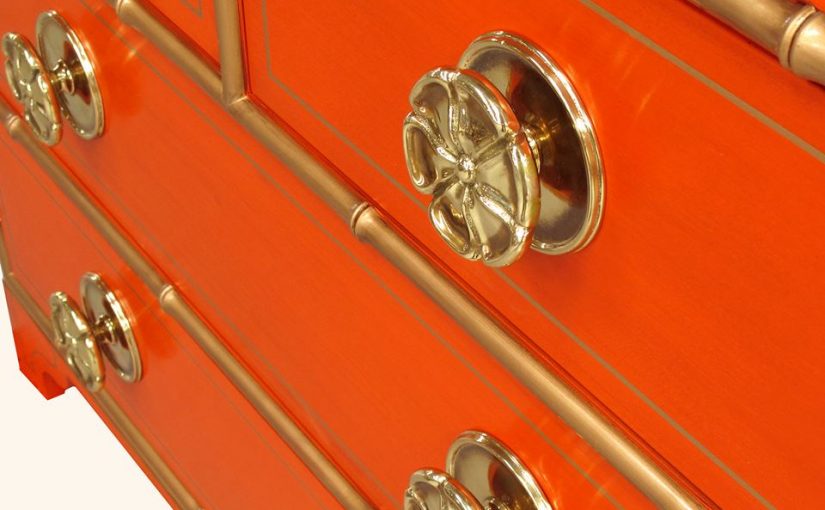 Pinwheel Chest
Dorothy Draper Collection
Large pinwheel drawer pulls made of cast brass in the shape of a flower, characterize this chest of drawers designed by Dorothy Draper. She specified this chest in her work at the Arrowhead Springs Hotel in the San Bernardino Mountains of Southern California. In the basic style of Chinese Chippendale, the Pinwheel Chest features four drawers with split bamboo molding around each drawer. Made of Cherry and available in wood or painted finishes. Painted accents on moldings are optional. 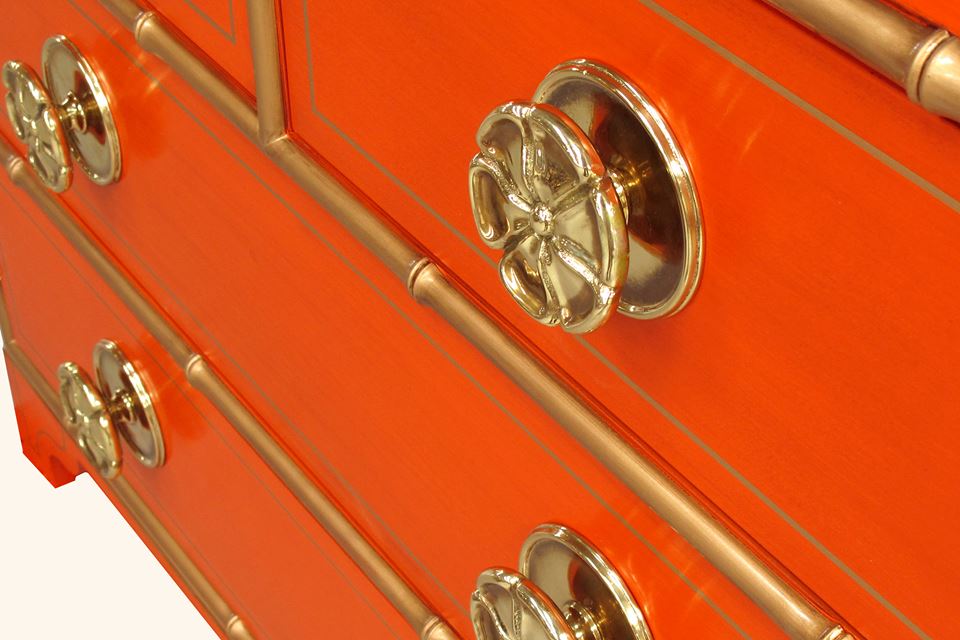 ABOUT THE DESIGNER
Dorothy Draper
“I always put in one controversial item. It makes people talk.” If it looks right, it is right.” — Dorothy Draper
Dorothy Draper was born to a wealthy and privileged family in 1889, in one of the most exclusive communities in American history, Tuxedo Park. She was the first to “professionalize” the interior design industry by establishing in 1923, the first interior design company in the United States, Dorothy Draper & Company. This was a time when it was considered daring for a woman to go into business for herself. Dorothy Draper’s style was big and bold. She invented Modern Baroque with over-sized, plaster work and the dramatic use of vibrant color. She is known for her interior design work on behalf of such organizations as Hampshire House and The Carlyle in New York, The Mark Hopkins Hotel in San Francisco, The Greenbrier in West Virginia and Arrowhead Springs Hotel in Southern California. She was a very confident and successful businesswoman who always said, “If it looks right, it is right.”